Natalie Obando and Angela Shanté Johnson (WNBA-LA) will be panelists at PubWest’s 2022 Conference on February 4. Their panel is titled “Diversity and Inclusion Initiatives: Where are we? What’s working? Where do we go from here?” and, if you are attending the conference, we hope you’ll go to their session!

Yasmin Angoe’s (WNBA-Charlotte) debut book, Her Name Is Knight, was published on November 1, 2021 by Thomas & Mercer. The thriller is told in dual timelines following Nena Knight an elite assassin on a mission of revenge against the men who ransacked her village and killed her family.

Evelyn Camu (WNBA-NYC) was accepted into Project Write Now Book Inc.’s Novel Incubator program. It starts in January 2022, and at the end of the year, the program will have helped her first novel be ready for an agent. The current novel she’s working on will be a time travel historical fiction novel about Puerto Rico.

Susan Cole’s (WNBA-NOLA) Holding Fast: A Memoir of Sailing, Love, and Loss was published on October 19, 2021 by White Bird Publications. Many people dream of sailing away, but few actually go. Susan, her husband, and young daughter sailed off in the late ’90s to follow her husband’s lifelong dream. Susan’s journey took her from the glitzy world of Madison Avenue advertising to riding out Hurricane Mitch, the largest hurricane on record at the time, on a sailboat in Guatemala. She hadn’t wanted to go in the first place, but she ended up on a life-changing odyssey.

Julia Brewer Daily’s (WNBA-Network) debut novel No Names to Be Given was published by Admission Press, Inc. on August 3, 2021. Would you be able to give your firstborn to strangers? Millions did. How that inconceivable act dictated by societal norms in the 1960s changed them forever is the story of No Names to Be Given.

Cynthia Gregory (WNBA-San Francisco) is super happy to announce the launch of her second book, What Is Possible from Here. For fans of short fiction, this is a collection of previously published and unpublished stories, set in locales like Seattle, Portland, Sonoma, Los Angeles, and Lancaster, PA.

Paula Martinac’s (WNBA-Charlotte) seventh novel, Dear Miss Cushman, was published on December 7, 2021 by Bywater Books. The historical novel takes place in 1850s Manhattan, where 18 years old Georgiana Cartwright witnesses the downfall of her father, a renowned actor who performs drunk and then deserts the family. Georgie takes up the mantle of breadwinner by making her way onto the stage, where she excels at “breeches roles” — until persistent, unwanted sexual advances threaten to derail her career.

Tamara Davis (WNBA-Network) independently published her first novel. Despite the Buzz is educational, existential, and exciting. The colorful story stars a writing teacher as the main character. The cautionary tale, set in a 2019 classroom, is about the toll technology can take upon communication, learning, relationships, safety, and well-being. It depicts demands upon teachers and the challenge of holding students’ attention. There are resources (for teachers and parents) noted in the back. As a mom and teacher, she is proud of this literary accomplishment.

Maiya Katherine (WNBA-NYC) published her first Emotional Healing/Self-Empowerment book, An Apology to My Demons, on September 16, 2021. The book is based on her journey from Emotional Turmoil and Negative Self-Image to now living from a place of Inner Peace, Inner Joy, and Unconditional Self-Love. The author states that Inner Demons caused by painful past experiences are not the Enemy and that they deserve love and healing, and not “conquering.” The book has hit home with women’s groups, teens, addiction/recovery/suicide prevention groups, mental/emotional health professionals, and more as people say the it gives voice to feelings they never find the courage to talk about. Although the topic is sensitive, the book is not heavy and the pages are laced with hope, light and love.

Congratulations to our WNBA members on your achievements.

Feel free to share WNBA Members’ News for January 2022 with your fellow booklovers!

Anatomy of a Scandal Book Giveaway

This site uses Akismet to reduce spam. Learn how your comment data is processed. Women in the Literary Landscape 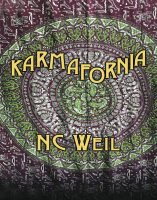 Just Show Up, by Dottie Joslyn Dads for Daughters, by Michelle Travis Betrayal on the Bayou, by Sheryl J. Bize-Boutte

Two Murders Too Many, by Bluette Matthey Genomics: A Revolution in Health and Disease Discovery, by Whitney Stewart and Hans C. Andersson, M.D.

Despite the Buzz, by Tamara Miller Davis

Journeys with Fortune, by Elizabeth Bodien The Silence in the Sound, by Dianne C. Braley

To Kingdom Come, by Claudia Riess Promenade of Desire, by Isidra Mencos